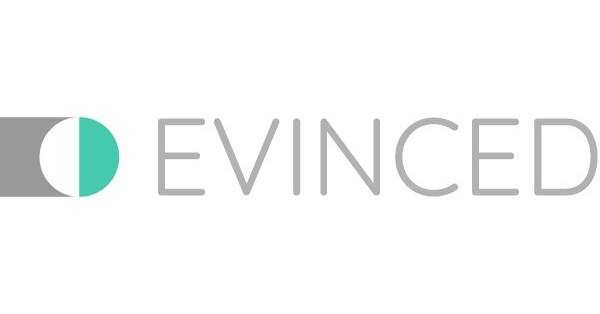 If you are looking for a premium accessibility tool for developers, Evinced may just be ideal for you. In this review, we will be taking a long look at this unique accessibility solution for you as a developer. Let’s explore Evinced’s tools and how you can use this platform for your websites.

Evinced is an engine for testing digital accessibility through AI, making the process of achieving accessibility faster, more efficient, and cheaper.

A whole host of software solutions are provided that will automatically locate and indicate issues with accessibility. The Evinced technology will make suggestions about how to remedy these issues. Everything Evinced and its software does in accordance with the WCAG and Section 508 guidelines, meaning that compliance will never be an issue. Add to that the revolutionary AI, which handles parts of the remediation process that used to be done manually, and you’re meeting the international accessibility standards.

Now that we have introduced Evinced let’s take a deeper dive into how their features can help you and other developers, QA teams, and designers.

Guide to How Evinced Operates and a List Top Features

When developing software, accessible code should be written naturally. Unfortunately, this isn’t the case. There usually needs to be accessibility testing woven into the basics of the development process. To make sure this is done throughout your website, Evinced provides a wide array of accessibility testing options. Each of which can be employed during the development phase, as well as the entire development process. The automated features detect problems with accessibility and then recommend solutions. Evinced does this in such a way that their instructions are clear and useful for developers.

The usual requirement for achieving 100% accessibility is employing both automated and manual features, seeing as AI cannot complete the process by itself. A mere 30-45% of compliance issues are caught by the average AI accessibility checker. The tech at Evinced goes deeper, into the code itself, in order to provide deeper analysis.

The AI checks that all functions on a given website work and if the code corresponds to what was written. This system allows the AI to catch many more errors, reducing the dependence on costly manual remediation. Evinced will not only reduce the costs but is incredibly fast, so efficiency will also be improved.

The Site Scanner provided by Evinced crawls through thousands upon thousands of web pages, scanning them for issues with accessibility. Fast and able to generate easily comprehensible reports, the Scanner sorts problems by severity, type of accessibilities issues, and pages affected by issues types. Also, a neat, unusual feature is the Evinced Scanner clumping issues into components, meaning that repetitive issues will be easily cleared from the code.

Another cool feature is the Dev Debugger. It facilitates the identification of important accessibility problems as individual components. This permits devs to uncover elements that have not been implemented correctly at the code level. The Debugger then provides examples, in code, for remedying these issues. After this, the technician will test and validate that the changes were successful. The Dev Debugger provided by Evinced can be integrated with Chrome’s tools for development.

Next, let’s discuss the SDK provided by Evinced. SDK is short for Software Developer Kit. This is a selection of tools for development that can be integrated into any development process, no matter how often code is released. Evinced has made sure that your UI can support its frameworks for testing. Evinced has also made sure your Dev/QA build will automatically uncover background accessibility issues during testing of your web app. SDK can also support the iOS Accessibility Debugger, as well as a desktop client, which permits you to find exactly where these issues are. This iOS Debugger will facilitate a much more detailed analysis of accessibility problematics.

Next, let’s move on to the User-flow Analyzer. This item can be of particular interest to people developing software, as well as Automation and QA engineers. It permits the identification of accessibility issues in user flows. It accumulates and keeps track of said issues and communicates with the developers – all via automation.

On the 14th of September Evinced announced the operation of their mobile checkers for both iOS and Android. They now offer both the Flow Analyzer and Automation Process for Mobile devices. As stated by Evinced, “[Our] mobile accessibility solutions are built for enterprise-scale and can be used by any enterprise developers looking to test a mobile app for critical accessibility issues.”

Automation: How can the Evinced AI help developers?

Unlike many of its rivals, Evinced relies on its very robust AI technology in order to do most of the heavy lifting. The cherry on top of their accessibility cake is that they cater extensively to QA engineers and developers.

The Evinced knowledge base for accessibility was made with two main functions in mind:

Now, what about this aforementioned “Knowledge base.” What does it consist of? Well, its contents are separated into six sections:

Evinced has made sure that all the content created through them is compliant with all WCAG and Section 508 regulations.

As expected, there are different prices for each product. The iOS Accessibility Debugger is free, while you can get a good idea of the Evinced technology with a free version of the Site-Scanner to scan your entire website. The Site-Scanner can, at the minimum, crawl up to 1,500 pages at each scan crawl and scan a total of 50,000 URLs over the period of the trial.

The support system in place at Evinced is one of the best. They have provided demos explaining how every single part of their technology functions, as well as guides on the integration of Evinced automation SDK. Their iOS Accessibility Debugger can support both CocoaPod and Swift packages as SDK injections at this time. Their extensions, the User-flow Analyzer and the Dev Debugger can be easily integrated.

In terms of actual customer service, there are multiple options for contact, and Evinced response times have been good. These are the forms of client care and customer service provided:

There are plenty of things to like at Evinced. The company has revolutionary tools for highlighting problems with the dev process that don’t rely so much on manual remediation. Their tools are able to automatically detect certain things that would have only been found through manual remediation with other companies.

Evinced a wide array of tools that audit accessibility has raised the bar in terms of violations caught. With Evinced User-flow Analyzer, Site Scanner and Dev Debugger, SDK for AI testing of software, and their iOS Debugger app, their arsenal is truly diverse. When you take into account they have received $17 million in funding from Series-A, more validation methods are surely on the way.

In summation, the efficiency and quality of the accessibility tools provided by Evinced set the company apart. We are happy to warmly recommend them for any of your accessibility needs. Additionally, there are hardly any better tools for developers out there, so if you’re one of them on the lookout for the perfect tools to improve accessibility from the code onwards, Evinced may be ideal for you.

Evinced may be the right choice for you if you’re seeking a high-end accessibility tool for developers. It is a one-of-a-kind accessibility solution for developers. Evinced is an AI-powered engine for assessing digital accessibility, making the process faster, more efficient, and less expensive. There are a variety of software solutions available that will automatically detect and report accessibility concerns. The Evinced technology will give recommendations on how to address these problems. Its software follows the WCAG and Section 508 guidelines at all times, ensuring that compliance is never an issue.

8.7
Scan me
Read Review >
This website uses cookies. Cookies remember you so we can give you a better online experience. Learn more
OKAY, THANKS
Request a free scan
Please leave your details below